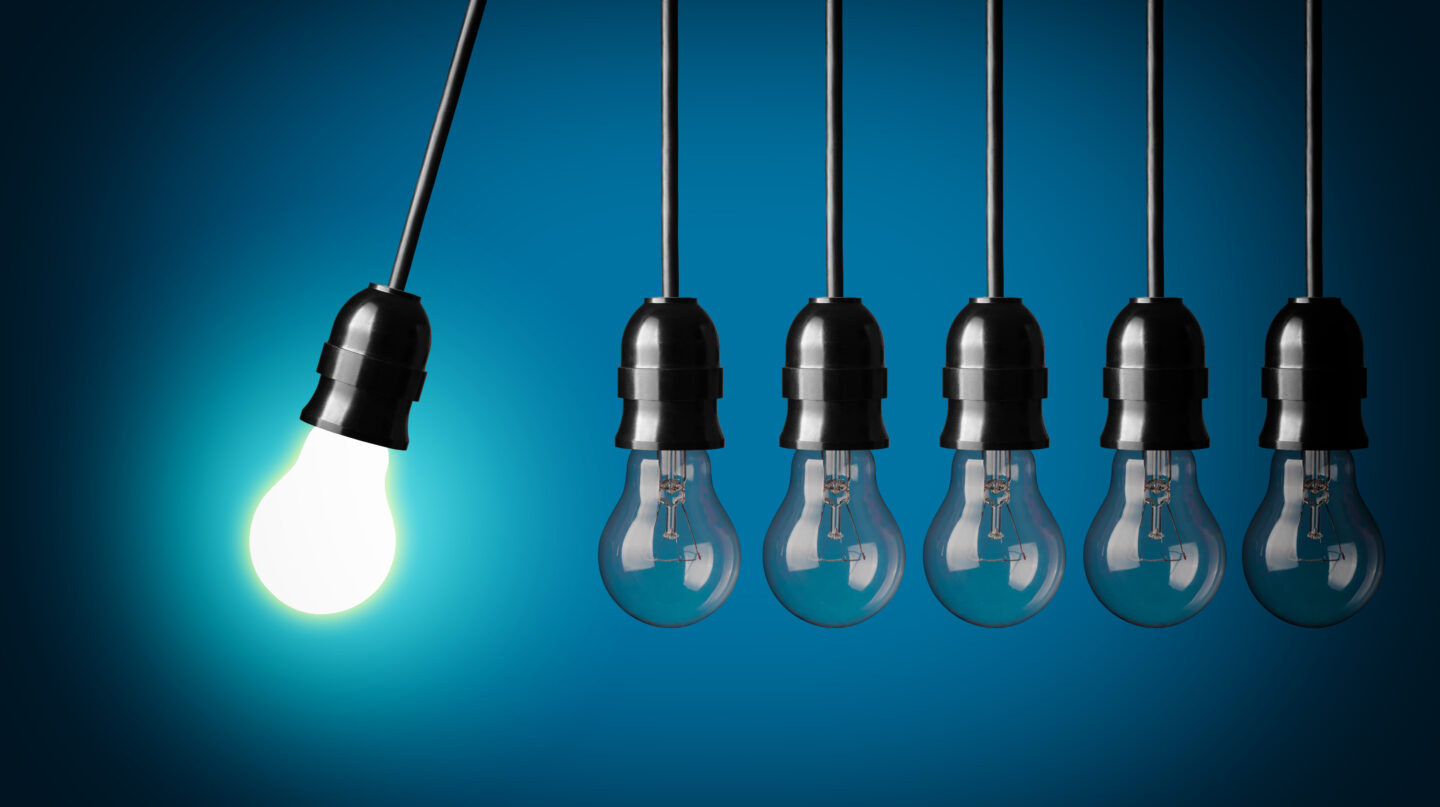 An unusual request for a preliminary ruling in a patent infringement case – can a defendant go forum shopping (or not)?

The Swedish Patent and Market Court of Appeal (PMÖD) has faced a complex jurisdiction issue that can be of great importance in patent cases with cross-jurisdictional elements. We know that Swedish courts have jurisdiction to try patent infringements committed in other EU countries by companies domiciled in Sweden as this is clearly stated in the Brussels Ia Regulation. The question now is whether the established jurisdiction disappears if the infringing party claims that the foreign patents are invalid. The answer to the question has turned out to be so uncertain that the PMÖD has decided to obtain a preliminary ruling from the European Court of Justice – something that is highly unusual.

The Brussels Ia Regulation is the EU legal act used to interpret which court has jurisdiction to decide a particular legal issue. The main rule follows from Art. 4.1 which expresses the so-called domicile principle, i.e. that as a general rule, an action shall be brought in the country where the defendant is domiciled. The main rule also applies to patent infringement cases. One exception to the main rule is stipulated in Art. 24.4 of the same Regulation, which states that regardless of where the parties are domiciled, the courts of the Member State where a patent has been registered shall have exclusive jurisdiction to try an action relating to the registration or validity of a patent, irrespective of whether the issue is raised by way of an action or as a defence.

In the case in question, Bosch Siemens Hausgeräte GmbH (“BSH”), represented by Magnus Dahlman and Therese Grennard, has applied for a summons against AB Electrolux by reason of patent infringement. Since Electrolux is domiciled in Sweden, BSH has sued Electrolux in the Swedish Patent and Market Court. BSH has demanded that Electrolux be prohibited from using the invention in, in addition to Sweden, all states where the European patent has been validated, which includes Germany, Italy, France and Austria. Jurisdiction exists in accordance with the domicile principle, meaning that BSH has the right to bring such an action in a Swedish court.

During the course of the case, however, Electrolux has objected that both the Swedish and foreign patents are invalid and claimed that the Swedish court dismiss the action in so far as it concerns the foreign patents. The argument for this is that Electrolux, by making an objection that e.g. the Italian and French patents are invalid, have activated the exception rule in Article 24 (4) of the Brussels Ia Regulation. Electrolux argues that the question of the validity of a patent is absolutely decisive for the question of whether infringement has been committed, which is why the question of infringement and the question of invalidity cannot be separated in such a situation. Electrolux therefore argues that the infringement case should also be assessed as regards the validity of a patent and that Swedish courts thus lack jurisdiction to try the infringement issue.

BSH, on the other hand, has argued that the Swedish court still has jurisdiction to try the infringement case because the action was brought as a pure infringement action, which only concerns infringement and that an infringement case is separate from an invalidity case – Art.  24.4 is aimed at actions relating to invalidity. BSH has also argued that the Swedish court has already established jurisdiction when the action was brought and that an established jurisdiction cannot be revoked by the defendant flatly claiming that a patent is invalid, especially not when the defendant has not even brought an action in a court having jurisdiction. BSH has also pointed out the loss of rights that the rights holder may incur, especially with regard to limitation periods in relation to claims for damages, if the defendant can unilaterally remove a court’s jurisdiction at any time during the proceedings through a claim for invalidity without the Brussels Ia Regulation offering another opportunity to then move the proceedings to a different court which is later deemed to have exclusive jurisdiction.

The main question that the PMÖD referred to the European Court of Justice is whether the situation should be decided applying the main rule in Article 4.1 of the Brussels 1 Regulation, which would mean that Swedish courts have the right to try the infringement issue as far as foreign patents are concerned (but of course not patent validity in these countries), or with the exception rule in Article 24.4 of the Brussels Ia Regulation. In the event that Art. 24.4 would be deemed applicable in such a situation as is present in the infringement case, this would mean that a Swedish court loses jurisdiction to try the infringement case when the defendant within the framework of the infringement case objects that the foreign patents are invalid.

EU law must essentially be interpreted autonomously and have the same content in relation to all Member States. However, this does not change the fact that the national legal systems are different, which is why a uniform rule with autonomous interpretation may have different effects depending on how the national legal system is designed. A special issue in this context is what effect Art. 24.4 may have in the individual case and how its exhortation is actualized in a national legal system based on a bifurcated patent system where infringement cases and invalidity cases are two separate cases, instead of one and the same as is the case in many jurisdictions.

Another key issue is the effect of Art. 24.4 in the individual, national legal system which is also characterized by national procedural law. According to section 61, second paragraph, of the Swedish Patents Act, an objection to the invalidity of a patent requires that an action be brought to this effect – otherwise the objection cannot be tried at all. In the present situation, Electrolux has not brought an action for invalidity in relation to any of the foreign patents, which means that from a Swedish perspective, the court processing the infringement cases is then prevented from both considering and examining the objections of invalidity. The second question referred by the PMÖD to the European Court of Justice is aimed at this particular rule in the Swedish Patents Act and whether the requirement to bring an invalidity action in order to try an invalidity claim in combination with Electrolux not bringing such an invalidity action in the respective competent court has any significance for whether the case shall be resolved with the main rule or the exception rule.

Finally, the PMÖD has also referred a third question, which is due to the fact that one of the states where the European patent has been validated is not a member of the EU, namely Turkey. The PMÖD also wants guidance on the question of the jurisdiction of Swedish courts in the situation that has arisen in relation to Turkey.

To date, it is primarily the European Court of Justice’s ruling GAT v. LuK that has touched upon the question of how Art. 24.4 should be interpreted, and whether exclusive jurisdiction arises in a situation where a party raises an invalidity claim regarding a foreign patent in the case. In GAT v. LuK, an alleged infringer tried to circumvent the forum rules of the Brussels Ia Regulation by disguising their request for a validity trial of the rights holder’s patent as an action for negative declaration where an objection of invalidity was the main argument. The European Court of Justice did not accept the plaintiff’s attempt; “it is not an invalidity case if we don’t call it that” in order to circumvent the exclusive forum rules when examining the validity of a patent.

The PMÖD has now clarified that the situation in the case between BSH and Electrolux is not the same as in GAT v. LuK, but on the contrary, that a preliminary ruling from the European Court of Justice is required as to whether the exclusive jurisdiction in Art. 24.4 is also relevant for an action brought by the plaintiff as a pure infringement action as soon as the infringing defendant claims that the patent on which the action is based is invalid. Can a defendant go forum shopping, or not? Can the defendant pull the rug out from under the plaintiff’s feet, or not?

If you have any questions, please contact the team!